Ágúst Guðmundsson is an established writer/director of full-length feature films and of TV dramas. In television he is best known for two English language mini-series, Sea Dragon, a four part series for Thames Television, and Nonni and Manni, a six part drama series for ZDF in Germany, a resounding success that sold all over the world.

Agust’s 8 feature films have enjoyed an unquestionable popularity, drawing large audiences at home. His rock musical On Top is the greatest box-office hit to date in Iceland. A genuine cult movie by now, it has been issued on video and DVD more often than any other Icelandic film.

For more than 20 years, Anna Katrín Guðmundsdóttir has produced and directed television programmes, whose number can be counted in hundreds. They include production of fiction, entertainment and documentaries and live transmissions from various events. With a BA in broadcasting from Columbia College in California, Anna Katrín also has a master’s degree (MPM) in project management from the University of Iceland. 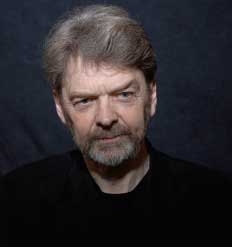