Spooks in a Festive Spirit

Spooks & Spirits was shown at the Mill Valley Film Festival in San Francisco in October 2013.

This is how the film was introduced by Joanne Parsont:
In Icelandic with English subtitles. Old Ofeig was a loud-mouthed boor when he was alive. But now that he’s dead he’s more ornery than ever (though his piano playing has improved). When daughter Anna and her boyfriend Ingi decide to sell the house, Ofeig’s ghost fumes at the idea of being left to “live” with strangers. His somewhat spooky, seriously self-absorbed supernatural self interferes not just with realtors but with every aspect of the couple’s life (it’s hard to get in the mood when the ghost of your girlfriend’s father might be watching). Desperate to save his relationship and sanity, Ingi attempts to exorcise his father-inlaw-to-be from the house, but family ties prove hard to break. While Dad may be turning their world—and their bookshelves— upside down, Anna finds herself reluctant to force him out of the only home he’s ever known. In this comical showdown between past and future, will any of them rest in peace?

The director was present to answer questions from the audience. Ofeigur managed to fill the house at the two screenings which were on offer.

The film was also screened at the University of Victoria on Vancouver Island to an appreciative audience.

Spooks & Spirits is going further still. Next stop is the 4th Beijing International Film Festival, where the film will be screened 5 times in April 2014. 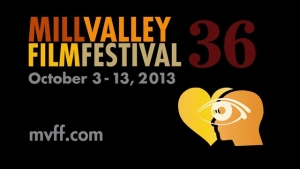