Outlaw, the Saga of Gisli, which was released in 1981, was screened at the Film Festival in Hamburg on the first of October 2011.

The film is based on one of the Icelandic family sagas and shot, to a certain extent, on the locations which are described in the saga, e.g. Hergilsey and Geirþjófsfjörður. This epic enjoyed some considerable success in its first run, when 82.000 Icelanders saw it.

A DVD re-release is imminent, from a new master made from the original film. 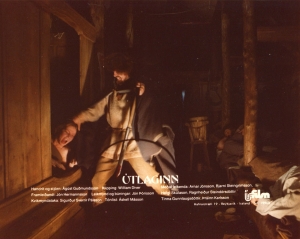