...
This first feature shows the result of sticking to the first law of filmmaking – surround yourself with skilled technicians. Sigurdur Sverrir Palsson’s color camerawork makes what is generally considered a cold land look warm and inviting. Indeed, one wonders if any other farms (possibly in New Zealand) have such a combination of rich land and spectacular scenery.

Most of the film’s acting falls on the sturdy shoulders of young Sigurdur Sigurjonsson, but he’s given plenty of support by a stunningly beautiful young actress, Gudny Ragnarsdottir (a teenage Candice Bergen). Most of the character people are also topnotch. A very worthy beginning.

This strikingly beautiful film from Iceland tells the story of a young man faced with a decision: To stay and farm the land that has been in his family for years or head for the city. The year is 1937 and farming is hard. Young Einar lives with his father and together they scrape a meager existence from the harsh Icelandic countryside. The young man is increasingly disillusioned with his life and when his father dies he goes about the painful business of cutting his ties to the land.

... Land and Sons, by Agust Gudmundsson, another small masterpiece from Iceland.

This last picture is something I would like to emphasize. Watching it I was struck by the horrible contrast with American films that too often trashily cater to the markets of pornographic sec, bloody violence, sci-fi fantasy and nightmare horror that gives kids the creeps.

Quite simply, and with beautiful realism, Land and Sons deals with a remote farm in Iceland where the father refuses to face his mounting debt and accept his son’s preference to move to the city, Reykjavik. The father dies after an operation in the hospital, the son kills and buries his favorite horse, sells off the sheep and other horses, sells the land, gets himself out of debt and goes to the city.

The neighboring farmer’s well to-do daughter has tried to persuade him to stay on the farm, and her father has remarked that everyone in Iceland is in debt and no one will ever pay.

It is a quietly told epic of land and city, of plain people whose concerns avoid all taint of theatricality. It is a noble film, doubtless much too good to be grabbed by commercial exhibitors who have so successfully corrupted all of us.

Tons of tundra and plenty of permafrost scenic vistas highlight this pastoral story of farming people and one young farmer’s yearning to chuck it all and move to the city. Set in 1920, a shepherd dies, leaving his son the choice of a bare existence on their debt-ridden land or to liquidate and start anew in an urban center. Acting is sensitive, the period well observed and there’s a certain charm to the picture, despite some stark scenes of animals being killed. It’s a 1981 foreign film Oscar entry.

The first feature film to be produced in Iceland, Land and Sons is a probing, austere portrait of a young man’s yearning for big-city life that uproots him from his ancestral farm after his father’s death. Set in 1937, it explores the factors that led to large-scale migration of Iceland’s rural populace to its larger cities. Director Agust Gudmundsson tells the story visually with little dependence on dialogue, making Land and Sons a stern yet lyrical study of man’s relationship with the earth. Sigurdur Sigurjonsson and Gudny Ragnarsdottir give fresh, sincere performances as the young man and his first love.

Because he wants his life to be better than his father’s, a farmers son (Sigurdur Sigurjonsson) must renounce his heritage of farming in this fine first feature written and directed by August Gudmundsson... This is a glacial but deeply moving tale of stoic men and women working the harsh Icelandic countryside in 1937 and how the land they lived on dominated their relationships and options.

Land and Sons. An intelligent, quetly graceful debut by director-screenwriter Agust Gudmundsson, which deserves better than to be known as the most successful Icelandic film. The story deals with a subject also treated in Bergman’s Faro Document 1979: the younger generation’s unwillingness to continue working the often-unprofitable farms that were a way of life to the parents. A restless son (Sigurdur Sigurjonsson), prepared to leave Iceland for the Danish mainland, is given pause by his awareness of tradition and his awakening love for his neighbor’s daughter (Gudny Ragnarsdottir). The film’s great virtue is the calm and gravity with which it treats this dilemma; Gudmundsson’s thoughtful, literate script provides each of the characters with his or her own respectable justifications, and the awesome Icelandic landscape and the parable-like narrative unobtrusively create a mood of universality. Land and Sons is not the type of film to cause a stir at a film festival, but it manages to be effectifely entertaining as it slowly unfolds its understated despair.

Iceland, a country still undiscovered by most of the world, turned out a movie last year called “Land and Sons”, and the event reportedly was a major celebration. Filmex reports the film is Iceland’s most popular 35 mm feature and almost half that country’s population saw it. Indeed, whatever the sparse history of Iceland’s movie industry, “Land and Sons” certainly qualifies as a distinguished achievement for a young filmmaking industry.

Made with the support of the government’s newly founded Film Fund, and a feature debut for director-producer-screenwriter Agust Gudmundsson, “Land and Sons” dramatizes a young man’s decision to leave the land he works for the muse of the city. The film moves with a quiet assurance and a texured stillness that illuminates the sense of the land and its scattered rural people. Against the rich green hillsides and the towering mountainscapes, events unfold with universal touchstones: the young man’s reconciliation to his father’s death, his casually romantic alliance with a local girl, his decision to sell out against a neighbor’s wishes and change his life.

These solitary moments wed together a land and a people with deceptively easy simplicity.

Agust Gudmundsson’s first feature is a stunning visual travelogue, an acute social treatise and an engaging piece of history. The action takes place during the Depression, when many members of the Icelandic farming communities migrated to Reykjavik in search of better opportunities. This is a sort of Icelandic Three Sisters, in which the main character resists the pressure to leave his home until the death of his father (which, not coincidentally, corresponds with the first sign of the death of traditional values). Land and Sons is a quiet, restrained prelude to an epic: sheep-farming and raking the grass take precedence to petty human intrigues.

There is so much noisy drivel on film that it’s hard to make enough of a stir when something quietly epic like Land and Sons appears – a rare work that is not only “a good film” (meaning something emotional to watch) but that rejoins us with a historical memory we very much need. For we’ve virtually forgotten that most of us have forebears who left off working the land sometime in the last 200 years – that they were wrenched from the land by forces they barely understood, instinctively hated, and were powerless to oppose. We’ve been educated to be good corporation, factory and service workers, so our education neglected to remind us to remember, much less to grieve, what once happened to our families. The Icelandic film Land and Sons gives us back their memory. Important and beautiful, the film is a social and cinematic companion to Olmi’s The Tree of Wooden Clogs. Olmi gives us the last days of the peasant, and Agust Gudmundsson’s Land and Sons gives us the last days of the yeoman farmer. But this isn’t merely a document – or, better put: the value of Land and Sons as a document is precisely its emotional value, how gripped we become by these people, their dreams and needs. It gives us back the understanding grief which is the least our forebears deserve from us. And with a profound visual alchemy it gives them back to the land: the camera makes the land look like what it is, not a backdrop but something quietly alive, a great life upon which the small lives of us take shape. It’s as though the people in the movie are being watched from the point of view of the land – and there is such a completeness to this feeling, it is even as though the grief at their loss is the land’s own grief. 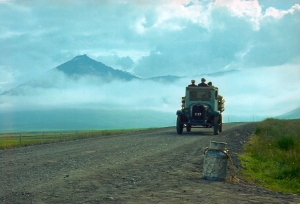 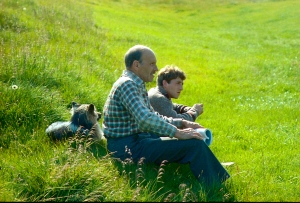 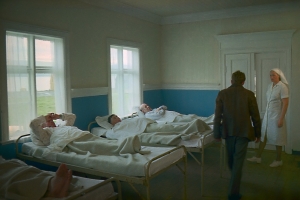 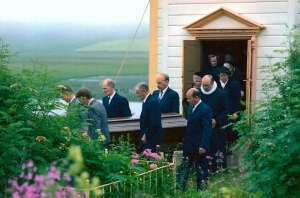 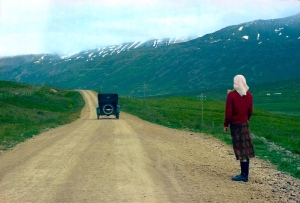 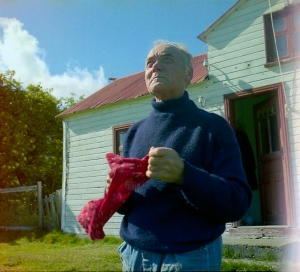 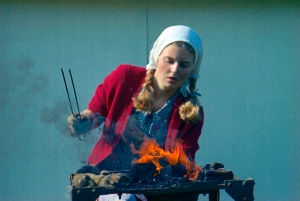 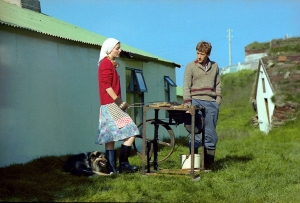 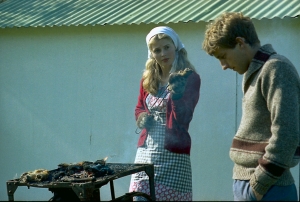 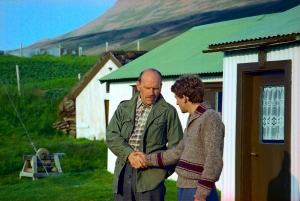 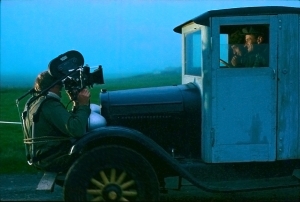 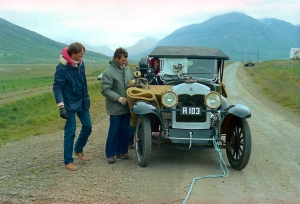